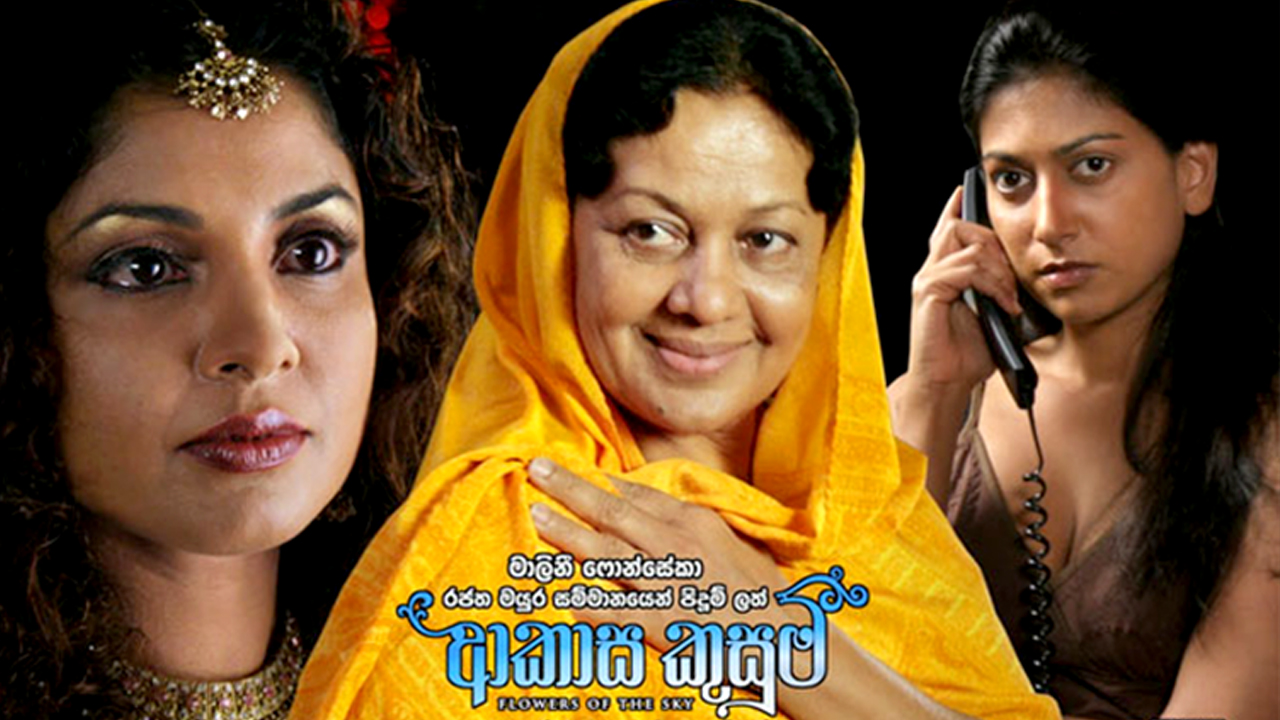 Akasa Kusum (Flowers of the Sky) is a Sri Lankan Sinhala movie released in 2009. Sandhya Rani (Malini Fonseka) is an aging film star who was once the darling of the silver screen, having lost fame and fortune now lives quietly in obscurity. She seekes out a living by renting out a room in her home to the young film and television stars to satisfy their illicit sexual desires. This is a story about them... Cast : Malini Fonseka, Nimmi Harasgama, Dilhani Ekanayake Direction : Prasanna Vithanage Produced by : H.D. Premasiri, Prasanna Vithanage, A. Sreekar Prasad