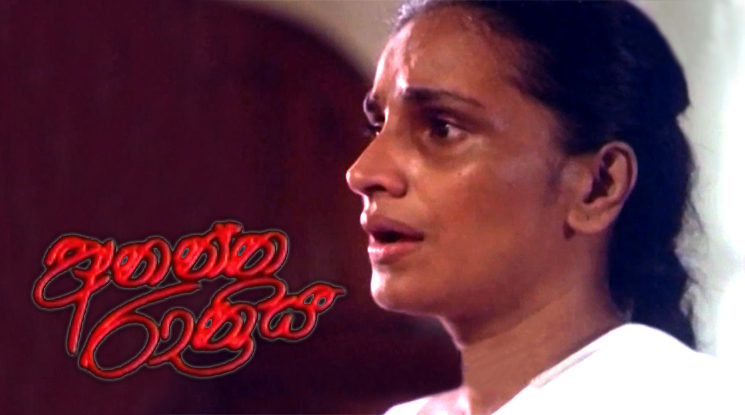 Anantha Rathriya is a Sri Lankan drama film released in 1996. A young Suwisal (Ravindra Randeniya) goes back to the village and ancestral home to work on his thesis called, "The Possible Result of Disillusioned Rural Youth and the Impact of the Free Education Policy". He encounters the servant woman working at his aunts' home. He sleeps with her, and soon thereafter, leaves to go back to the city. Through letters, he learns she is pregnant, and stops all communication with her. Piyum (Swarna Mallawarachchi) has been charged with the murder of John Wijesinghe. She is a prostitute and Wijesinghe, a client. During the second day of the trial, Suwisal goes to his lawyer friend Vicky (Tony Ranasinghe) and explains that he knows Piyum. She is the former servant at his aunt's house. Vicky advises Suwisal to keep quiet and wait for the trial to finish. Piyum does not indicate that she knows Suwisal, which causes him to question his actions and character. This film is about their story.. Cast : Swarna Mallawarachchi, Ravindra Randeniya, Yashoda Wimaladharma, Tony Ranasinghe Direction : Prasanna Vithanage Produced by : Damayanthi Fonseka