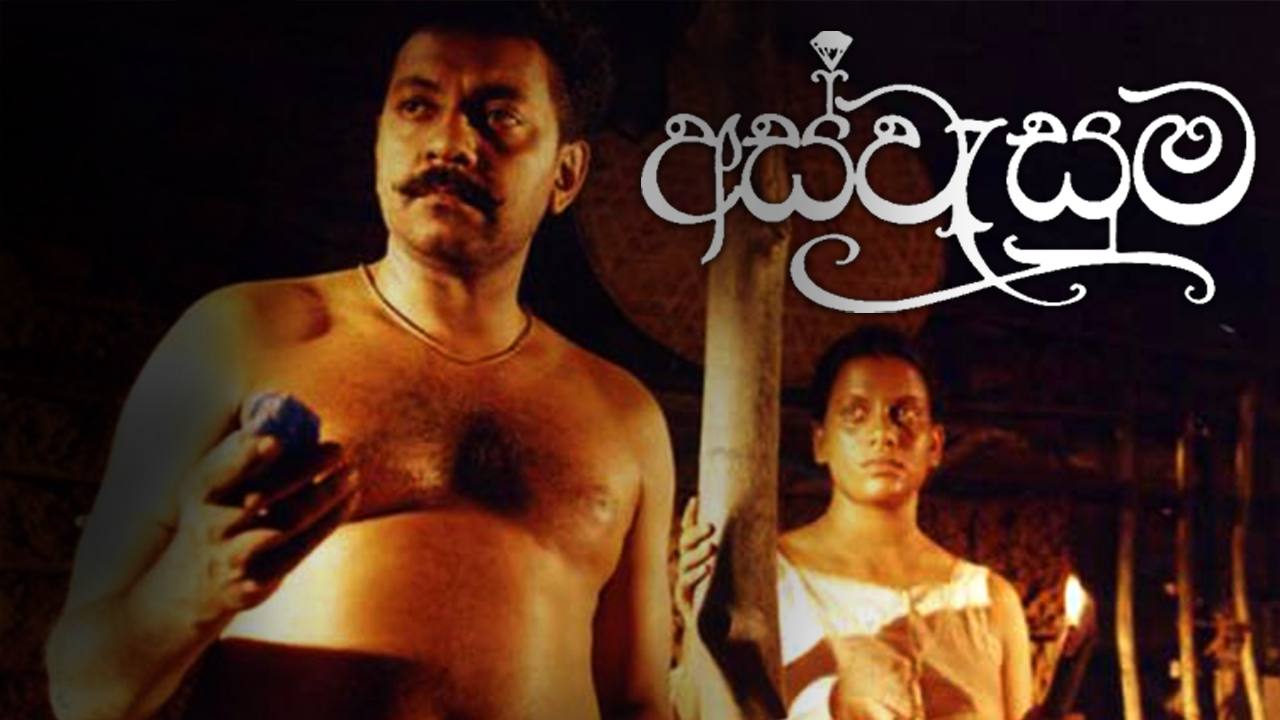 Aswasuma is a Sri Lankan crime drama film released in 2001. An elderly man who regrets certain events in his past life displays his struggle to relieve the bottled up feelings which had disturbed him throughout his life. Cast: Joe Abeywickrama, Sangeetha Weeraratne, Jackson Anthony, Ravindra Randeniya and Mahendra Perera Production & Direction by : Bennett Rathnayake