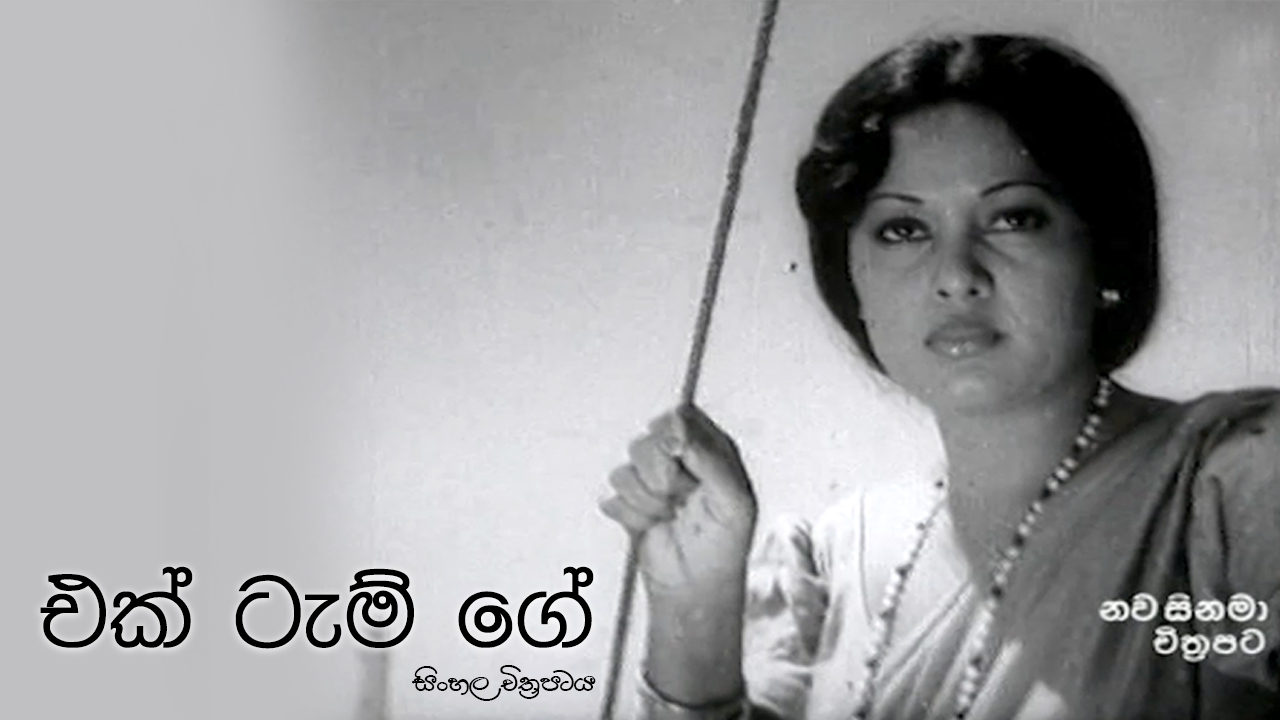 Ektam Ge (The unbearable weight of love and its miseries) is an old Sri Lankan Sinhala movie. Wilson a middle aged truck driver falls in love with Mala, the daughter of a lunch shop owner. Mala likes him too, and they receive everyone’s blessing. Meanwhile, a young bachelor named Sarath comes to the village to supervise a road constructing project. Blinded by Mala’s beauty he starts to suffer but She takes no notice. At the end, Mala weds Wilson, and Sarath falls apart. He leaves everything behind, takes up a job at a lighthouse and starts living a miserable life. Meanwhile Wilson wins a lottery and become a successful businessman. One day, Mala gets to know the misery of Sarath and starts feeling guilty. She makes a desperate effort to bring him back to his senses, while risking her marriage. Will she succeed in her endeavor? Or will she, too, lose everything Cast : Malani Fonseka, Joe Abeywickrama, Ravindra Randeniya Direction : Herbert Ranjith Peiris Produced by : Walter Fernando