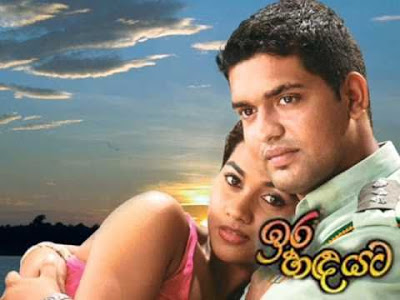 Ira Handa Yata ( ඉර හඳ යට ) -Under the Sun and Moon is a Sri Lankan Sinhala war drama released in 2010. An accidental meeting of a Corporal (Rakhitha) and an officer (Mahasen) of the Sri Lanka Army, in the forested war ground of wanni at a dark night, facing a blistering attack of the enemy is the beginning of the story. The corporal’s efforts, who himself is wounded in the leg, to save the critically wounded officer through sheer respect, becomes futile and he ultimately abandons the officer, while taking a last message from the officer to his wife. The officer ultimately faces death in the hands of a ruthless LTTE area leader while the corporal languishes in a hell hole of a prison of the LTTE along with other prisoners. He undergoes untold misery and torture but ultimately is recued by the Sri Lanka Army. The corporal is having guilt over the death of the officer because he feels partly responsible for the officer being killed by the LTTE. In order to put an end to his guilty conscience and because of the responsibility to convey the message from the dead officer to his wife, the corporal, now a captain, goes on a journey in exploring the background of the officer’s life and also vindicates himself from the guilt through benevolence to the officer’s sick little daughter. Cast : Dharshani Tasha, Udara Rathnayake, Jagath Beneragama, Dharshani Tasha, Sheryl Decker Direction : Bennett Rathnayake Produced by : Samanmalee Hewamanna, Bennett Rathnayake