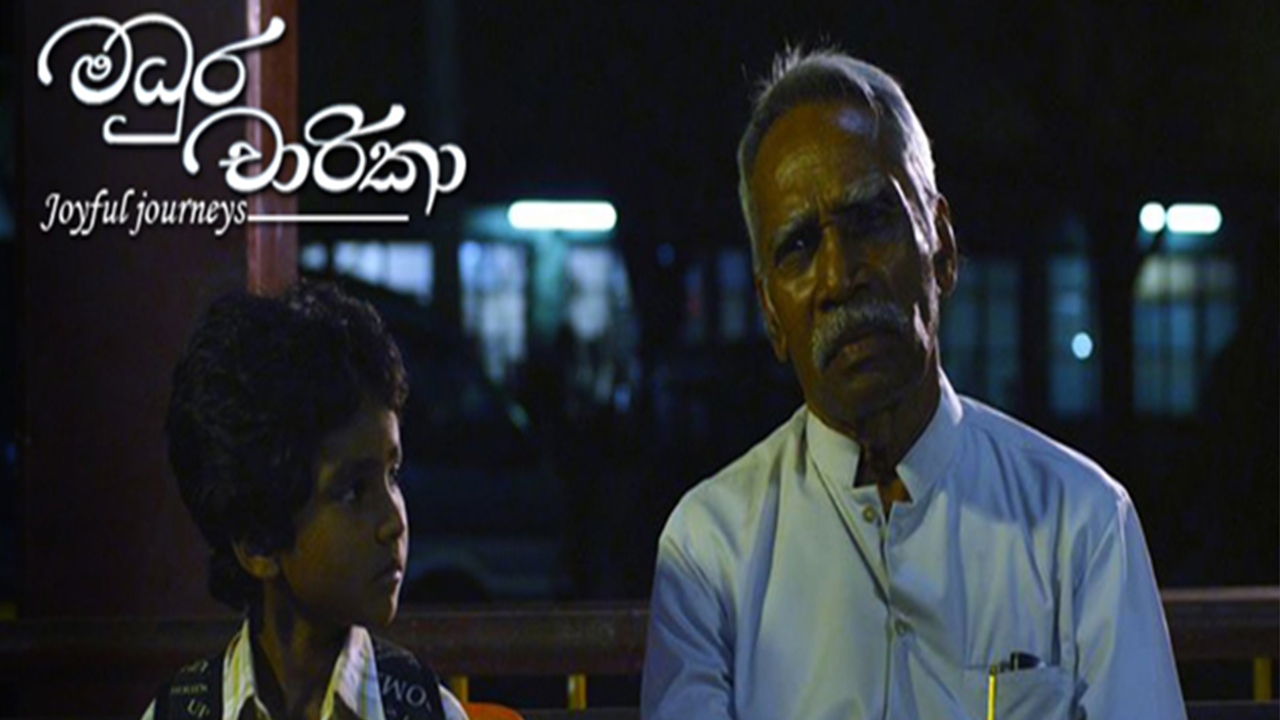 Madhura Charika (Joyful Journeys) is a Sri Lankan Sinhala drama film released in 2018. The film about Wilson Godamanne, an 85-year old former film actor, who lives with his son, daughter in law and two grandchildren in the picturesque hill country of Sri Lanka. The film captures the lives of ordinary folk. Nostalgically reaching out for his former glory, Wilson decides to attend a film festival showing one of his films. Accompanied by his 8-year-old grandson, Wilson arrives in time to see himself. On his way to catch his bus, he is stricken fatally by a heart attack. With only a helpless child at hand,Wilson experiences the compassion of strangers and friends.The film leaves behind a lasting impression of the need of humans to find value in themselves especially as the light of life begins to fade. Cast: Hemasiri Liyanage, Nalin Pradeep Udawela, Madani Malwattage, Sudam Katukitule, Sarath Chandrasiri, Kumara Thirimadura, Dharmapriya Dias, Ramani Alakolanga, Ajith Lokuge, Chathura Perera Direction: Udayakantha Warnasuriya Produced by: Udayakantha Warnasuriya