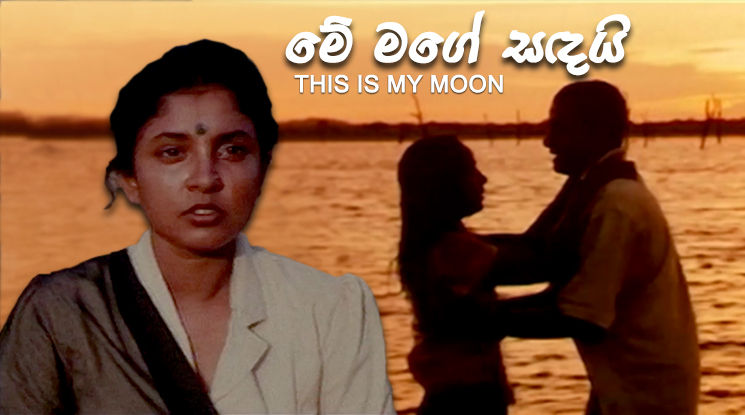 Me Mage Sandai (This Is My Moon ) is a Sri Lankan, Sinhala language film released in 2000. A Tamil woman falls into an army bunker during a battle between the government forces and the Tamil separatists and is ravished by a Sinhalese soldier. After two nights alone with the woman, the soldier throws away his gun and deserts the army. He heads back to his village, and the woman follows him. The village is stricken with drought and despair; there are no jobs and little money. The soldier's family is not happy to see him - when he was in the army, they could count on his wages; had he died, they would be compensated. As a deserter he has no value to his family or to the woman he was going to marry. Moreover, the beautiful Tamil woman's presence in the village heightens the sense of uncertainty brought about by the war and its unrelenting demands. Cast : Saumiya Liyanage, Dilhani Ekanayake, W Jayasiri, Somalatha Subasinghe, Hemasiri Liyanage Direction : Asoka Handagama Produced by : Be-Positive Media Group