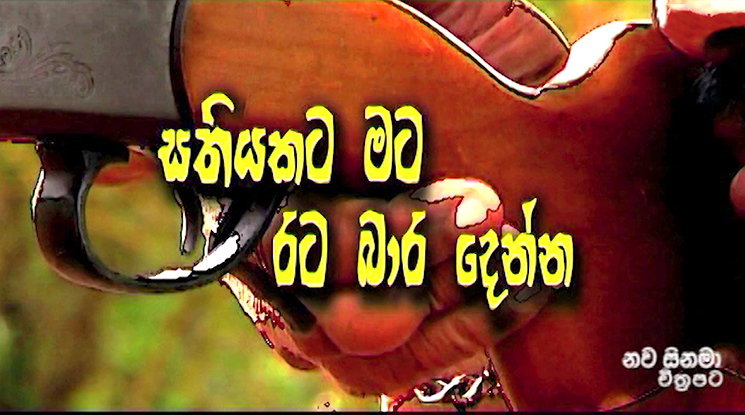 Sathiyakata Mata Rata Baaradenna is a Sri Lankan film released in . Elaris is a bad character in a village. He falls in love with Ema who is a young lady in the village and has no education. They get married and start a new life.Salgadu is a member of parliament and is getting ready for the next election after the parliament has dissolved suddenly. Salgadu attracts to Ema and he promises to get her matters done. Tip Top Silva is a middle aged man who is contesting against Salgadu at the next election. He criticizes the present system. He needs the coutry to make it a better place. Salgadu wins the election with the help of unlawful acts of Ema and Elaris. He gets a ministerial post. Ema persuades Salgadu to get his support for Elaris to contest at the local government election. Salgadu’s wife conspires to kill Ema and it works with the help of a driver. Elaris uses the wife’s death against Salgadu to gain undue advantage. Cast : Wiyayarathne Warakagoda, Wasantha Kumarasiri, Richard Weerakkody, Vinu Wetthamuni Direction : Somarathne Ramanayake Produced by : Somarathne Ramanayake